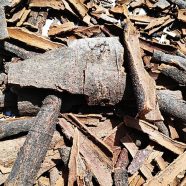 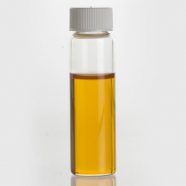 Crude, locally distilled cassia oil is a brownish yellow to dark brown liquid from which a resinous matter may deposit after ageing. Rectified (redistilled) cassia oil is a pale yellow or dark yellow, clear liquid, less viscous than the crude oil. Its odor is somewhat sweeter but less tenacious. The flavor is also similar: warm, spicy, slightly woody, balsamic and intensely sweet.

Cinnamomum cassia, called Chinese cassia or Chinese cinnamon, is an evergreen tree originating in southern China, and widely cultivated there and elsewhere in southern and eastern Asia (India, Indonesia, Laos, Malaysia, Taiwan, Thailand, and Vietnam).Cassia Oil is extracted by steam distillation method from the grayish bark of the tree.

Cassia bark (both powdered and in whole, or “stick” form) is used as a flavoring agent for confectionery, desserts, pastries, and meat; it is specified in many curry recipes, where Ceylon cinnamon is less suitable. Cassia is sometimes added to Ceylon cinnamon, but is a much thicker, coarser product. Cassia is sold as pieces of bark (as pictured) or as neat quills or sticks. Cassia sticks can be distinguished from Ceylon cinnamon sticks in this manner: Ceylon cinnamon sticks have many thin layers and can easily be made into powder using a coffee or spice grinder, whereas cassia sticks are extremely hard and are usually made up of one thick layer.

The bark is distilled together with the leaves and the stalks, twigs and waste material from the collection of the bark of the Cassia tree.
We use cookies on our website to give you the most relevant experience by remembering your preferences and repeat visits. By clicking “Accept”, you consent to the use of ALL the cookies.
Cookie settingsACCEPT
Manage consent