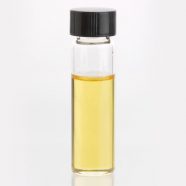 Lemongrass Oil is a yellow or amber-colored, somewhat viscous liquid with a very strong, fresh- grassy lemon-type, herbaceous or tea-like odor.  When crude and unrectified, West Indian lemongrass oil is usually of a slightly lower citral content and it contains significant amounts of myrcene. In respect to odor, it has an earthy undertone reminiscent of Ceylon citronella oil (terpineol or borneol?),

Cymbopogon citratus is commonly cultivated as culinary and medicinal herbs because of their scent, resembling that of lemons (Citrus limon). Guatamalan, or West Indian lemon grass (Cymbopogon citratus) is native to South Asia and maritime Southeast Asia.

Lemongrass essential oil is produced by steam distillation of the freshly cut leaves, or it can be extracted using alcohol.

Lemongrass oil is used as a pesticide and a preservative. Research shows that lemongrass oil has antifungal properties. Despite its ability to repel some insects, such as mosquitoes, its oil is commonly used as a “lure” to attract honey bees. Lemongrass works conveniently as well as the pheromone created by the honeybee’s Nasonov gland, also known as attractant pheromones. Because of this, lemongrass oil can be used as a lure when trapping swarms or attempting to draw the attention of hived bees.